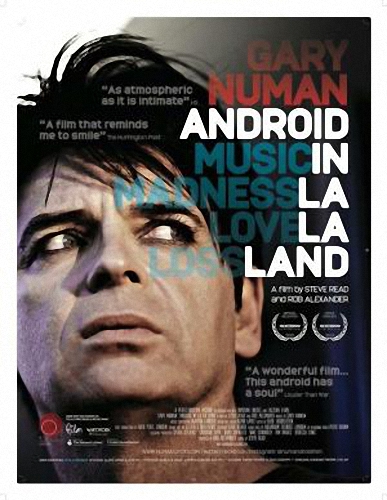 At the dawn of the ‘80’s, Gary Numan found himself to be one of the world’s biggest selling recording artists – “Cars” and “Are ‘Friends’ Electric?” were huge hits and no one had heard, or seen, anyone quite like Gary Numan. But the Asperger’s syndrome that helped forge Numan’s tunnel-like ambition, informing his music and image, also brought problems. At a time when the public knew little about the condition, the press labeled him a freak. Depression, anxiety, near-bankruptcy and a long period in the wilderness followed. Then Numan fell in love with his biggest fan, Gemma, who helped him rediscover his passion for music.

Now, the Godfather of electronic pop music has embarked on a one-way trip to California, in search of a new life in the sun and new challenges in Hollywood.